Please note: this project has been removed.

As part of ArtworxTO, WATERMARKED is an experimental mural project that allowed artists and community members of all ages and abilities to experiment with rain-activated paint while co-creating a temporary public artwork at the Port Union Village Common Park in Scarborough.

This project pushed 12 emerging and established artists’ creativity to create designs that combine colourful areas with Rainworks invisible spray, which appears when it rains. Community members also participated in stencil workshops and left their mark on the mural, while they reflected on the role of water and its importance to them spiritually, mentally, and physically.

Mural Routes produced this 5,000 sq. feet mural over four weeks, from August 12 to September 3, 2022. On September 4th, an event was hosted to unveil the resulting public artwork, which will be visible from September through November, and will be “naturally” revealed every time it rains. 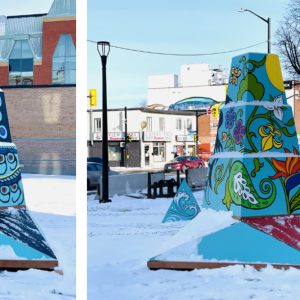 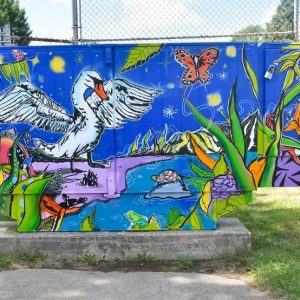 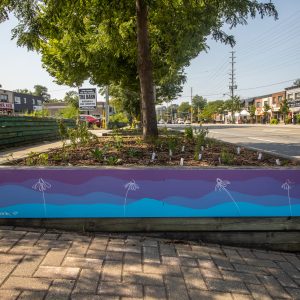