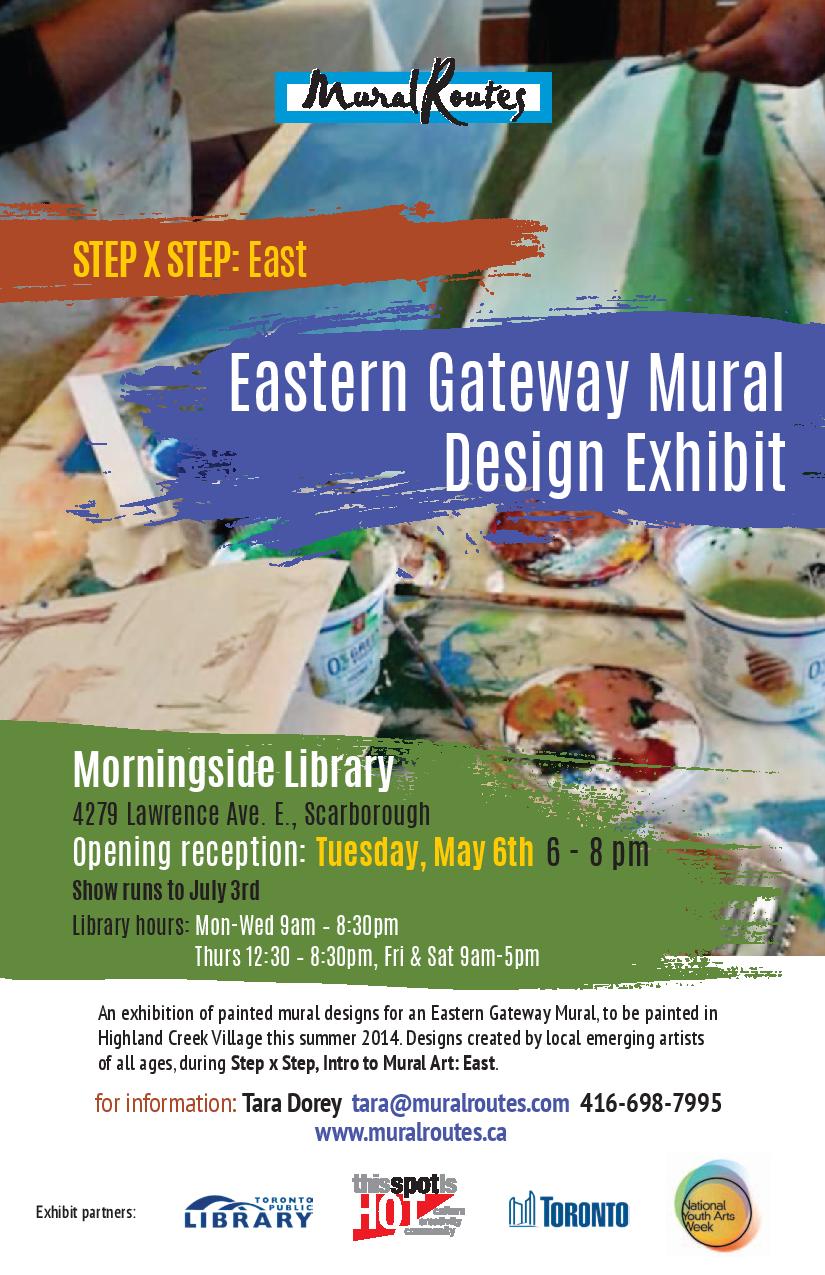 An exhibition of painted mural designs for an Eastern Gateway Mural, to be painted in Highland Creek Village this summer 2014 as a signature project of City of Toronto Arts & Culture’s Cultural Hotspot – East. Designs created by local emerging artists of all ages, during Mural Routes’ Step x Step, Intro to Mural Art: East program in March and April .

Thanks to the financial support of Ontario Trillium Foundation.