Mural Routes is honoured to co-present the Toronto premiere of The Roots Remain on Tuesday, April 5th, 2016, 6pm at the Bloor Cinema (506 Bloor St. W).

The Roots Remain follows Canadian-raised graffiti artist FONKi as he returns to his ancestral-home Cambodia; a country still grappling with the traumas of the Khmer Rouge genocide. The film is a heartbreaking and mesmerizing portrait of diasporic family, the legacies of genocide, and the transformative power of street art.

FONKi will be present for a Q&A following the film.

Tickets are available by donation at the door. 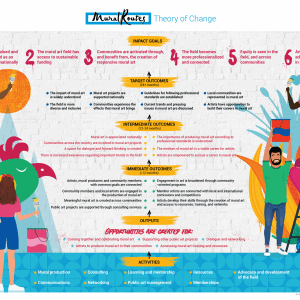