From Feb. to June 2012, Mural Routes debuted the Step x Step: Introduction to Mural Arts program. The program had three separate components with the overall mission of providing learning and training opportunities for all ages, while improving communities through mural art. The program involved a variety of community participants and instructors with a diverse background in arts and culture. The three components of the program were: The program ran for eight full school day sessions at St. Dunstan Catholic Elementary School, involving the entire school community in the planning, creation and presentation of the St. Dunstan’s mural. From February 22 to March 30, students from different classes worked on rotation to be involved with the creation of the mural. From the preparation of the mural, such as sanding and priming, to the projection, drawing and painting, all students were involved in the process in one way or another, allowing a genuine community effort to be made and a beautiful school community mural of which to be proud. You can download a PDF version of the full report here. 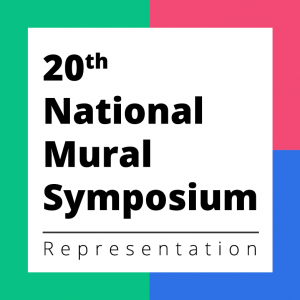