Elizabeth Simcoe, wife of Lieutenant-Governor John Graves Simcoe was so impressed with the sight of the Bluffs as she saw them from a small boat, that she convinced her husband to name the area after a town in England with similar cliffs. She wrote in her diary on August 4, 1793 “…after rowing a mile we came within sight of what is named in the map the highlands of Toronto. The shore is extremely bold and has the appearance of chalk cliffs…we talked of building a summer residence there and calling it Scarborough.” 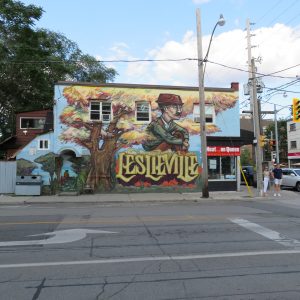