(Please note: This mural has been removed)

Using the input and suggestions of community members, the artists developed a concept and ultimately created a mural depicting the stages of art. This mural depicts western prehistoric people first murals, a Greco-Roman sculpture, baroque and impressionist pieces and graffiti. The artists felt strongly about including graffiti, a modern art form seen worldwide. This mural was organized by the Cliffside Village Community Association and was administered by Mural Routes.

Financial support for this project was provided by the City of Toronto and Human Resources Development Canada. 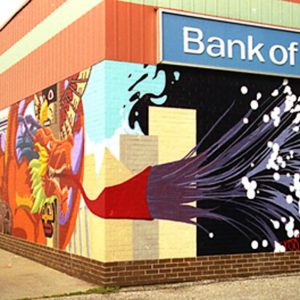 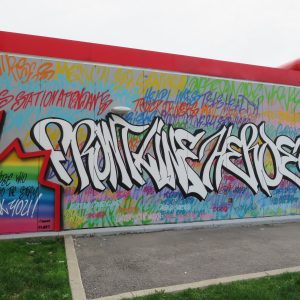 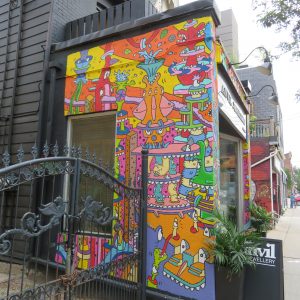