The mural depicts two scenes: On the right is a scene from 1955 in Mississippi where Emmett Till’s mother, Mamie Till, is burying her murdered son. His killers were found not guilty after tampering by local law enforcement. On the left is Breonna Taylor’s apartment, where she was killed while sleeping by police officers in Louisville, Kentucky in 2020 – officers who faced no prosecution for her senseless death. However, thanks to the words and actions of Mamie Till, her son’s death led to public outcry and significant change. Breonna’s mother Tamika Palmer has been on the frontlines of the Black Lives Matter protests that exploded all over the US and the world in 2020. Both of these events highlight what James Baldwin meant when he said “Ignorance allied with power is the most ferocious enemy justice can have.”

Painted in 2020 by Elicser, Nick Sweetman, Sight and Spy1
Funded in part by Street Art Toronto. 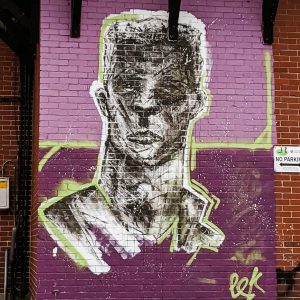 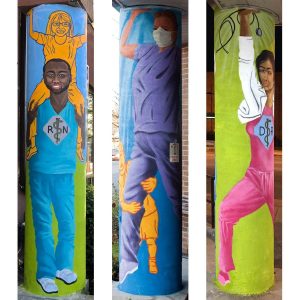