This mural has been removed.

The project was painted and installed on the underpass on Eglinton Ave. and Leslie St. in an area filled with wildlife, lush vegetation and parks. The project concept entitled “Naturo-Dynamism” entails the symbiosis between nature and technology and their co-existence within the same space. This mural is inspired by the Eglinton Crosstown light rail system, which is being built just 500 metres away from the site.

The TERRA STRAT’AA is the second landmark mural painted by MEDIAH for the City of Toronto in partnership for Mural Routes.

This mural has been removed. 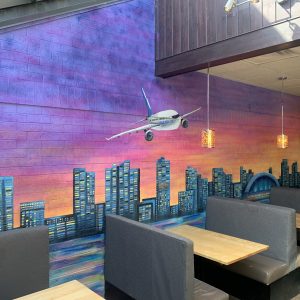 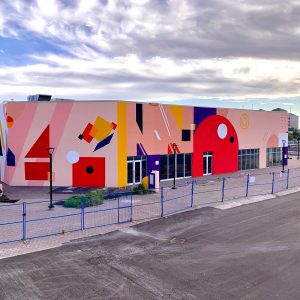 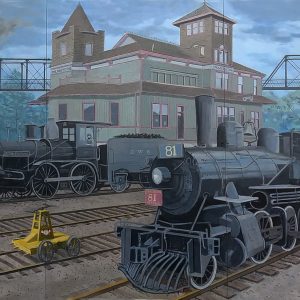