The artist, David Wright, used the idea of migration and arrival for the mural. The main artistic intention was to create a mural that was suggestive rather than explicit, seduce the eye and leave itself open to interpretation. The mural reads from left to right, culminating at the entrance doorway of the community centre. In the mural, you can find the migrating Canada snow geese transforming into monarch butterflies that arrive and alight on a fishpond (via Cultural Loops Guide). 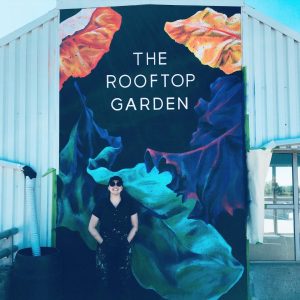