“PJ Gilhuly was joined by her daughter Lyla at NIMF 2020. PJ was born to Ktunaxa parents living in Cranbrook, BC, on September 3, 1975. Adopted by English/Irish parents, she grew up for the most part of her life in Ontario. After living away from her hometown for 30-plus years, she moved back to Cranbrook with her kids and settled in the small city and began a career as a self-taught artist. Most of her early sketches and charcoal work from depicting the human figure in scenes that suggest loneliness and suffering. Gilhuly’s expressive work is considered some of the most unique and appealing work and well represented as a Ktunaxa artist.” 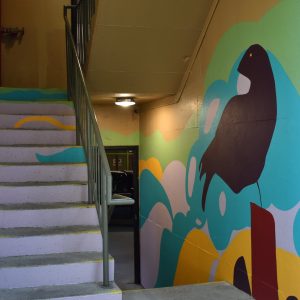 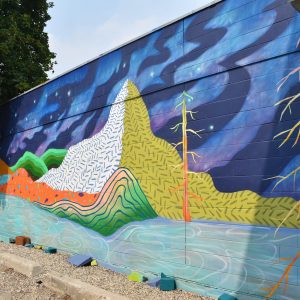 If Mountains Could Talk 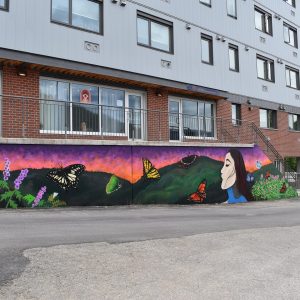