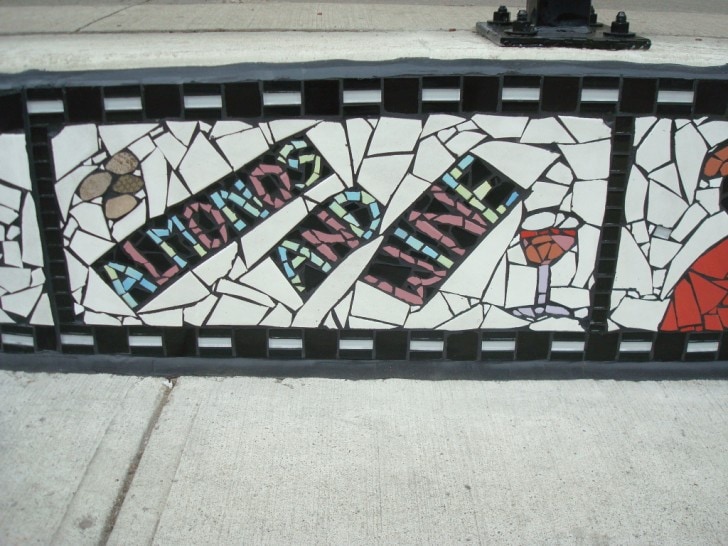 In 2007, City of Toronto Councillor Howard Moscoe proposed integrating public art into street improvements on Bathurst Street. Ceramic artist Cristina Delago worked for five months in her studio using a base of cement panels and a mix of porcelain tiles, glass and handcrafted porcelain pieces to depict frames from Arnie Lipsey’s animated film Almonds and Wine in the colourful mosaic. The film was a popular choice for the mural theme, among those that attend the screening of Jewish animated films curated by Madi Pillar of the Toronto Animated Image Society at Barbara Frum Branch, Toronto Public Library in 2009.

Almonds and Wine was a project managed by Mural Routes.