Both the silo and hopper by Alexander Bacon include imagery that represents both the past and bright future of Liberty Village. The silo shows a curious cat, representing the feral cat population which was infamous for decades in the area, thought to be for keeping rodent populations down and living off of scraps from the Canada Bread factory and other local factories in the area. The silo’s blooming flower and robin represent the new changes and harbouring of an era of ‘spring’ to come to the area. The hopper shows close-up imagery inspired by the characters on its neighbouring silo. The cat eye represents the feral cat population infamous for decades in the area, and the robin’s eggs represent the new changes and ‘spring’ to come. 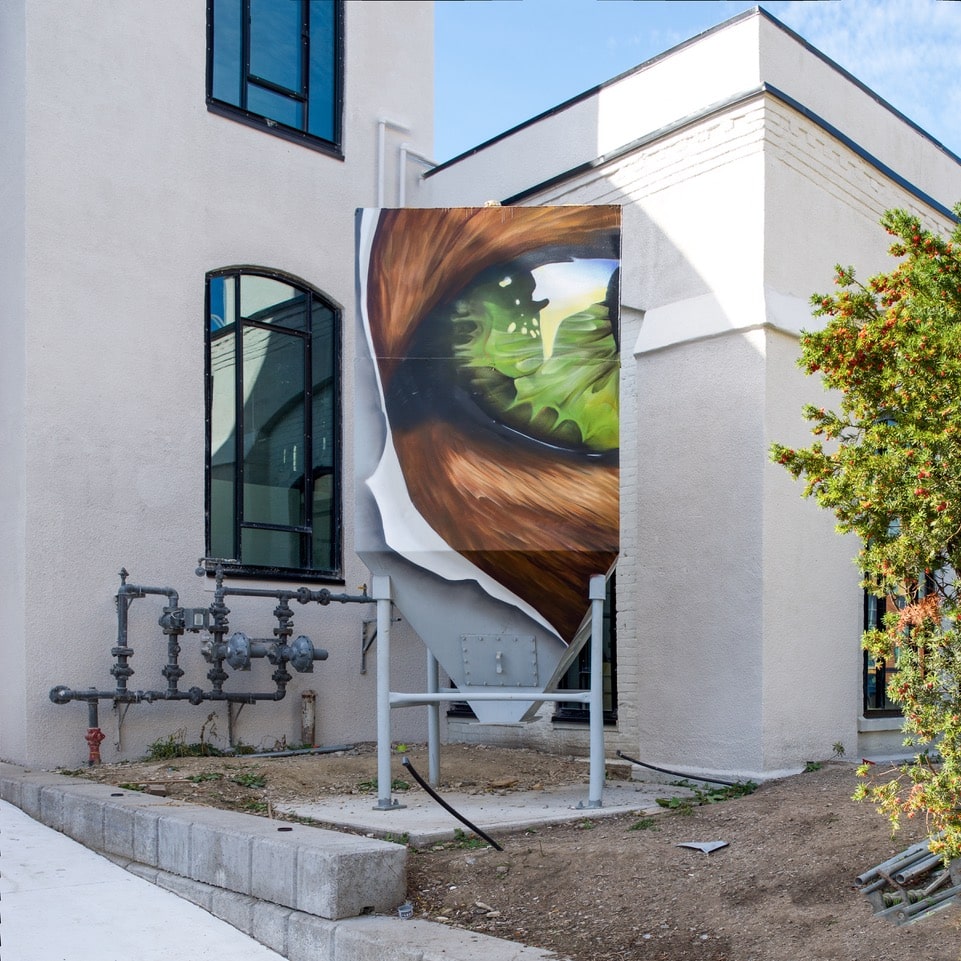