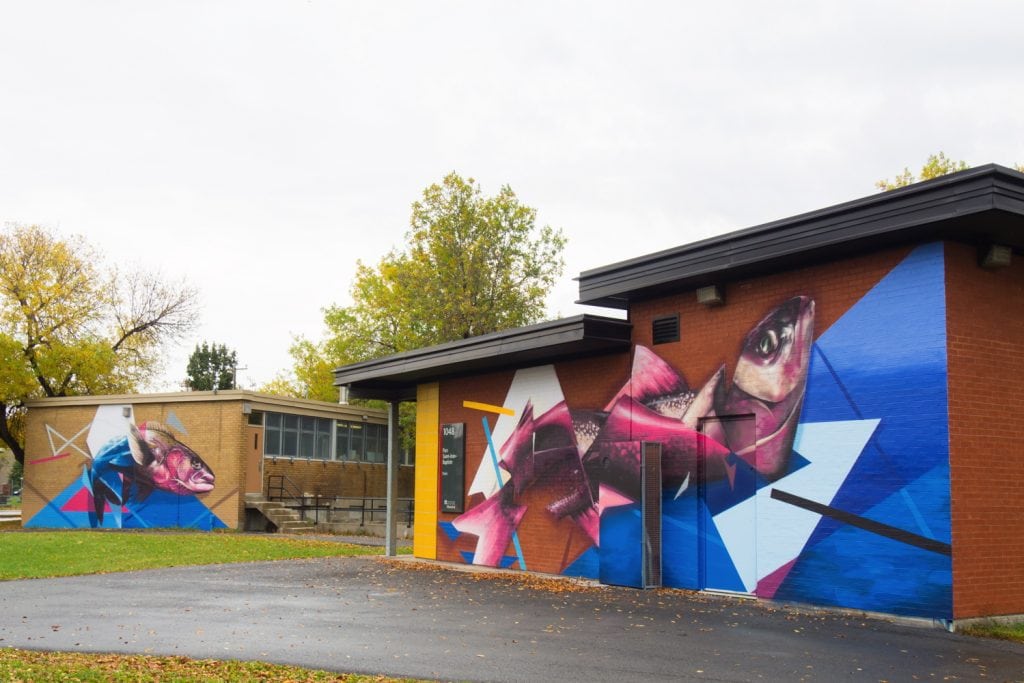 In addition to highlighting the prominence of green and blue spaces in the area, this triptych of murals created by Bryan Beyung and produced by MU is an allusion to Saint-Jean-Baptiste street’s previous name. It was formerly known as “La Route des deux rivières” (the road of the two rivers) because it’s the only axis linking the two banks of the river, in addition to connecting the two areas of the borough. It was the second mural produced by MU in the borough.
Mural art workshops were also be offered to 12-17 year old at Habitations Séguin’s Maison des jeunes.