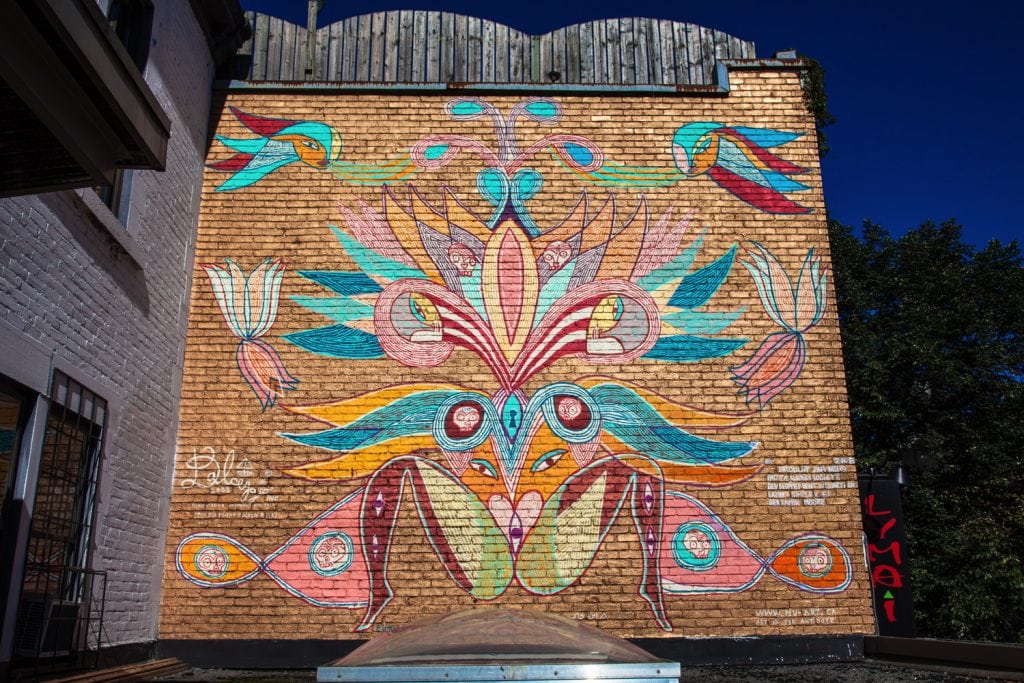 Initially, this 400 square feet mural was not planned as a 2008 project but was specially commissioned following the success of Carlito Dalceggio’s mural located up the street at 1755 St-Denis. The designated wall was covered in graffiti, the target of vandalism and the merchants wanted to bring a creative and colorful solution to the problem.