Mural Routes was started in 1990 as a public art project of Scarborough Arts. The project aimed to celebrate the heritage of Scarborough, Ontario, and to place art in everyday community spaces, to put art in front of people as they went about their daily business. After creating the original “mural route,” a Heritage Trail along Kingston Rd., Mural Routes was incorporated as a separate organization in 1994.

Since then, Mural Routes has grown into an organization that has embraced public mural art as a way to change the feeling and the face of neighbourhoods in the busy urban sprawl of Toronto. From creating murals, we expanded our efforts into mentoring youth, supporting artists, and encouraging communities to create public art, always following our motto, “teach, learn, share, and grow.”

Mural Routes has assisted many communities and artists in creating outdoor murals that enhance their neighbourhoods. Mural Routes has become the “go to” place for information and advice on mural creation and continues to provide support and consultation to a large network of artists, managers, and organizations.

Youth initiatives and education in mural art have been a high priority for Mural Routes. In 2016 we launched the Mural Art Learning Institute (MURALI), a continuum of training programs in all aspects of mural-making. 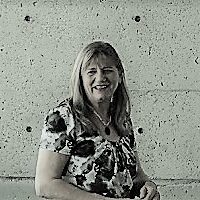 Karin Eaton
Founder and Past Executive & Artistic Director of Mural Routes (2005-2018)
Karin has been involved in arts management with a focus on community engagement for over 30 years. During that time she has developed extensive knowledge and global contacts in the field of mural art production and is recognized as a leader in the field of community mural production in the City of Toronto. In addition to providing advice and consultation to many artists, organizations and municipalities, Karin has been invited to speak at five Global Mural Conferences (in California, Nevada, Scotland, Georgia and Newfoundland) and has presented papers at the Modern Mural Experts Meeting at the Getty Center in California and the Modern and Contemporary Mural Paintings Conference in Valencia, Spain.

Since 1990, Karin has managed the production of more than 50 murals in Toronto and has consulted on a variety of mural art related topics with artists, organizations, municipalities and community groups. In 1995  Karin developed the National Mural Symposium (Canada) and since that time has produced 18 symposia in towns across Ontario. Since 2001, she has managed a range of mentorship and mural art education programs and learning opportunities, which evolved into the (mobile) Mural Art Learning Institute funded through an Ontario Trillium Foundation GROW grant.

Karin has volunteered on numerous arts and community committees including several City of Toronto’s Public Art Committees. She was a board member of Harbourfront Centre for nine years and is currently on the Board of Directors of the International Festival of Authors.Karin was responsible for the publication Mural Production: A Resource Handbook, in 2005 and the 2nd Revised Edition in 2015. Her paper “The Disappearing Murals of East Toronto” was published in Conservation Issues in Modern and Contemporary Murals by Cambridge Scholars Publishing in 2015. In February 2013 Karin was awarded the Queen Elizabeth II Diamond Jubilee for her contribution in the arts and service to Canada and received an Urban Hero Award from the Mirror Newspaper in 2014.

Karin retired from her role as Executive Director of Mural Routes in 2018 and remained a consultant during the transition period.  Her knowledge of the history of Mural Routes is still a resource that our organization is grateful to have access to!